Create your own professional quality videogames without any programming or scripting using a simple yet powerful drag-and-drop interface. With the Shoot Em Up Kit a simple game can be created in just a few seconds while lighting, camera views, behaviours, physics settings, shaders, particle effects and AI can be created and modified to fine-tune a complex game. Royalty-free stand-alone executables can be can be created for you to sell or share with the community.

Create your own videogame without programming
Create your own 2D or 3D shoot ‘em up using a powerful graphics and audio engine.
A few seconds and you have a game - creating a game can be as simple as choosing and placing a player model, choosing and placing an enemy model and clicking ‘Play’.
Designed and created by games industry professionals who have worked on titles such as Rainbow Six Vegas, Hydrophobia, Assassins Creed and Far Cry 2.

Use professional graphics tools ... or a pen and paper
Create graphics and sound any way you want, including:
3D Modelling tools such as XSI or Milkshape
Shader Editors to create in-place or post-processing shaders
Pen, paper and a scanner
Modelling clay and a camera
Your favourite painting software
The models and images included

Design your own levels
Build levels using your own models or drawings, or use the ones provided
Set up lighting and camera views and behaviours
Control the Physics settings and watch nVidia’s PhysX simulate your world
Use shaders to create powerful visual effects
Use default settings to create a game quickly or tweak hundreds of settings to make the game exactly as you want it
Choose from many different types of AI, or blend several types together, to bring characters to life
Group enemy into waves and add bonuses.
Add upgrades such as new weapons or multipliers.

Tools
Create eye-catching particle effects
Add music and sound effects to your games
Customise behaviours using an easy-to-use tool which allows you to control events
Build your own Front-End (Menu) screens or HUD (Head’s-Up–Display) to display the score, etc.

Particles
2D and 3D particles
Control how particles appear over their lifetime - vary speed, colour, or opacity, for example
Particles can use Physics effects, and can collide with other objects

Lights
Point, Directional, Spotlights and Ambient lighting
Unlimited lights can be placed in a scene
Up to 8 active lights

Levels
Multiple levels per game
Many settings for customising Player, NPC, Weapon and Bullet behaviours – including Speed, Inertia, Friction, Maximum ammunition, Rate of Fire, Bullet distance, etc.
Tags can be placed on any entity to identify interesting points, such as thrusters or the position of a gun
Sky boxes (Cubemap or custom model)
Collision: Sphere, Box, Cylinder, Custom model. Pixel-perfect collisions
Camera: Static, Follow Entity, Rotate in place, Move along spline, Transition effects, FOV
Triggers. Link triggers to other items to allow a trigger to activate an enemy, for example; or choose pre-defined events (Kill Player, Game Over or Level Complete)
Timers. Count up or down. Like Triggers, Timers can also be linked to other items, and contain pre-defined effects
Checkpoints. Options to respawn enemy, reset timers, etc, if the player returns to a checkpoint
NPC Generators to control NPC spawning position, frequency, maximum enemy active at once, maximum enemy created by the generator
Formations of NPCs. Formations may have their own AI behaviours
Splines can be placed and used by NPCs or the Camera. Splines can also be drawn as part of the scene
Ground planes can be placed for the Physics system
Multiple Level Complete criteria
Use Gizmos to move, rotate and scale objects
Undo and Redo changes
Copy and Paste items for quick editing

AI
Many types of ‘micro-behaviours’ (MoveTo, Chase, Evade, Fire, Wait) which can be combined to produce more sophisticated behaviours
Each micro-behaviour has a number of properties which allow the user to fine tune the behaviour


More details can be found on our website http://www.tallstudios.com
Show more 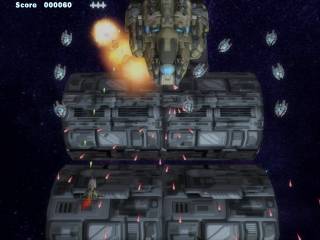 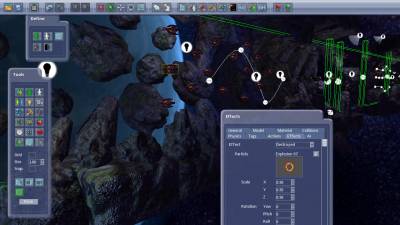 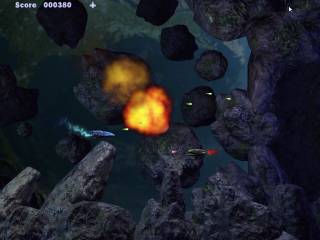 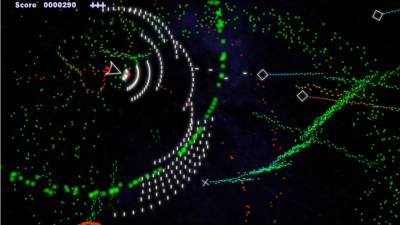 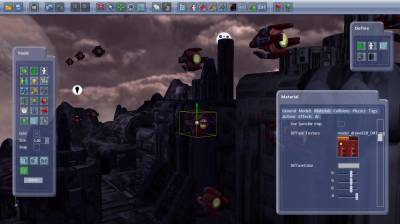 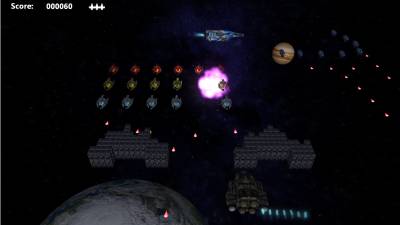 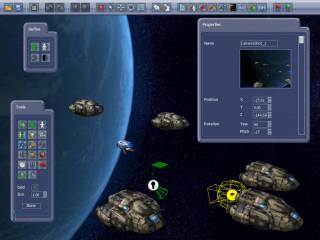